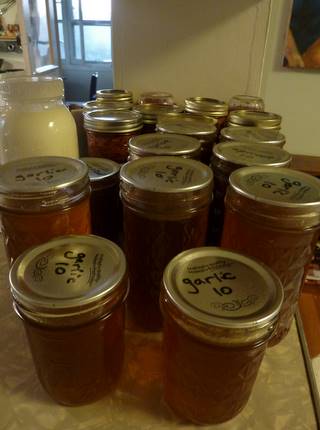 Gosh:  who knew taxes were the third rail of garden blogging?  What social scab shall I pick next:   Capital punishment?  Religion, maybe?

In all seriousness, these last two posts have been fun? something for me to think about, and I enjoyed your responses to them.  All I am really trying to say in both is “do what you can, can what you do,” and hopefully others can benefit from your home-grown goodness too.  So many of our problems are beyond our control.  Our weeds (mostly) and our own small steps toward self-sufficiency and teaching and wide-eyed learning are definitely in our control.  So, in the Hebrew then, amen:  meaning, so be it.  Do what you can.

And it is with wide-eyed wonderment that my old eyes see things when I go through the gardens or henyard accompanied by a small-ish child.  Even without such a companion, the garden world is plenty inspiring.  Add a goat in milk and the process of changing that milk into food and I am agog, and pleased.  Pleased, and worried, as there is so much!  This brand-new month of August hangs heavy with the fecundity of the farm:  the babies, the leaves, the weeds, some bugs and all that food!!  Do you have enough time to deal with it all and still sleep at night? 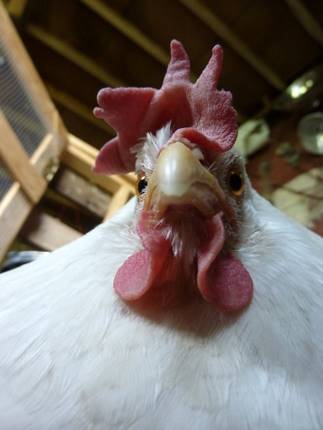 There’s wide-eyed, and there’s wild eyed.  Unbelievably, our flightiest chicken, Pauline, is now a mom.  Her chick brings the chick total to 38 for the year.

Granted, it’s new for us, Tomato Season.  It’s only Sunday that there were enough tomatoes to harvest for dinner.  Most of gardening and farm-type living is doing this exact thing:  treading water until the deluge.  The weeds can be attended to now, but soon, they can wait.   And then, all that canning.  And then, it ends.

Amen.  And let us feast. 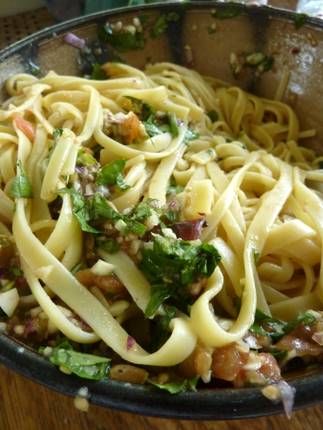